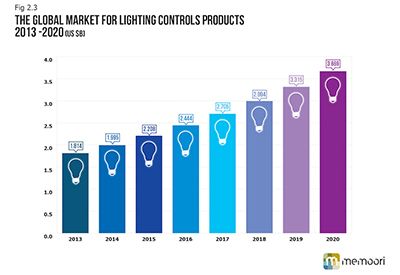 Memoori Business Intelligence Ltd. has revised its estimate of the total value of lighting controls In its latest report, believing sales in 2013 reached US$1.814 billion, some 8.7% higher than previously thought. This reflects the fact that the global economic down turn from 2008 has had less impact on this particular market, and a better recovery.

The transition to LEDs for lighting has come at the same time as the development of the Internet of Things, which is about to disrupt the building automation systems (BAS) industry and opens up the possibility for lighting control to play a much more important role.

These together with wireless networking technology and the future development of Li-Fi will open up the latent demand in the retrofit market and the small building sector hitherto not economically viable.

Other influences on the value of the market, and the difficulty in predicting how the retrofit element might grow, means Memoori predicts a CAGR of just under 10.6% until the year 2020. However, Memoori believes there is a significant opportunity to develop the retrofit market that supplies lighting controls into existing installations. New construction projects account for about 3-5% of non-domestic floor space each year; the existing building market offers up to 10 times more projects.
In the last two complete years, 2013 and 2014, there has been a marked decline in M&A activity, both in value and the number of deals struck. However, 2015 saw a significant increase in value with a reported total of US$3,435 million involved. Although the recent Philips divestment accounts for some $2.8 billion of this total, the remaining $635 million is still a big increase on the previous two years. 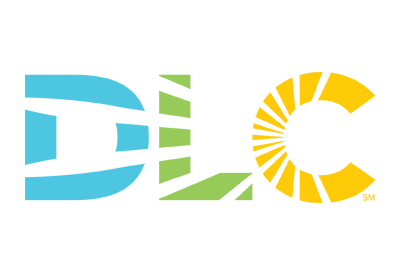 The DLC provides instruction and guidance for the update to the Horticultural Technical Requirements V2.1 taking place early 2022.

As sensor and communications technologies continue to make the urban landscape more connected and intelligent, there is a growing need for support infrastructure. 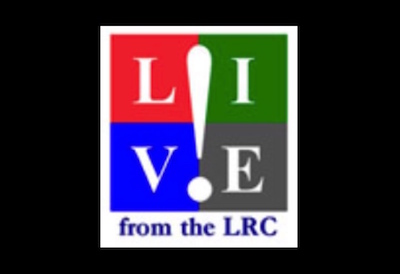 This new webinar, presented by Lighting Research Center scientists on Wednesday, March 15 from 1:30-2:30 p.m. ET, will address the AMA report cautioning the public about the use of In-Ga-N based LEDs… 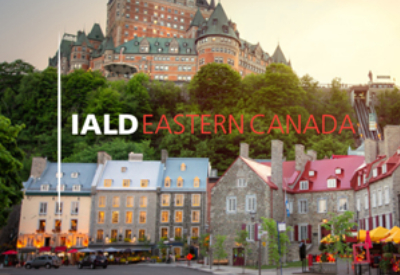 The International Association of Lighting Designers (IALD) has announced the addition of the IALD Eastern Canada Chapter to their network of IALD Regions + Chapters across the world.

Synapse Wireless, Inc., an Internet of Things (IoT) company and a member of the McWane family of companies, has announced an online search tool for locating utility rebate incentives that are available when utilizing DLC 5.0 Networked Lighting Control solutions.

The DLC is updating two aspects of its requirements for horticultural lighting products, effective October 21, 2019.