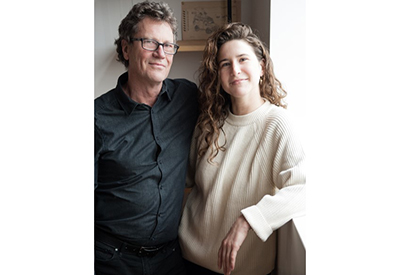 Anaïe Dufresne, 30 years old, is co-founder of Jacques & Anna, a young company that creates custom luminaires. Anna founded the company with her father Jacques two years ago. This project is a creative fusion of her love of lighting, a B.A. in set design with a specialization in video and lighting, and an overall passion — shared with her father — for making things.

How did Jacques & Anna come about? A few years ago, Anaïe was approached by a friend to manage a new restaurant opening in Montreal and signed on for the adventure. Shortly after the opening, customers complained that the lighting was too cool. Anna suggested redoing the lighting to add a little warmth. Anaïe’s father helped her implement her ideas. This was the point at which Anaïe conceived the idea for Jacques & Anna.

It must be said that Anaïe and her father have always had a creative instinct and a desire to build. As far back as she can remember, they’ve spent time together building and designing things, including the family cottage and its light fixtures.

After some discussions, they decide to give it a try. Her father, an engineer by training, applied his expertise to making the lamps. Anaïe, meanwhile, designed the fixtures and created models.

This was the starting point for their business. They earned their first large contract via a contact: Café 8 oz. in Montreal, which received excellent media reviews. Gradually, Jacques & Anna took on other projects, including more restaurants (Cirkus, Le Colonel Moutarde and Candide).

The beginnings
At the outset, they worked in Anaïe’s small apartment. “I had my saws beside my bed,” She says, laughing. “My father came here, to my 3 and a half rooms, and made the luminaires. This was how we made the lamps for our first contract. It was a true tour de force.”

They have since moved the business to a studio, which they share with other creators and entrepreneurs. 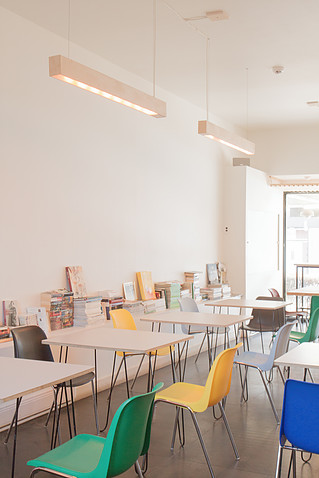 Anaïe’s artistic spirit
Anaïe likes to use several types of materials: “solid glass, older brass, which is very beautiful and noble, and assumes a second life as it ages.” She also uses wood and steel. At the time of the interview, she was working on a series in cement.

She outsources most things by companies as possible and preferably to local small businesses. “The final product is rich in collaboration.”

What inspires her work? Anaïe describes herself as curious about many things, a gourmand fascinated with all forms of art: books, films, exhibitions, painting, etc. As a creative and curious person, she has many interests and says she could work in many fields. “But if there is one object that I love in life, it’s lamps.”

“We’re really two kids together, We have so much fun. Recently we went to install customers’ fixtures and my father was so happy to see the customers’ faces when they saw the final result.”

Her father has inspired her with his way of working: his values, discipline and rigour.

“I consider us lucky to be where we are. Having said that, my father and I have made a lot of things, we have strong values, we are good people, and I believe this attracts people.

The challenges of Jacques & Anna
Without hesitation, she mentions working with potential customers’ small budgets, particularly restaurants. They want to create something beautiful, but may not have the money to achieve what they want.

Another challenge according to Anaïe is that “Montreal is an environment where everyone is creative. Consequently, there isn’t a large pool of consumers. We’re all ‘makers.’ According to my experience and what I see around me, Montreal may be a rather arid environment for young entrepreneurs.”

Anaïe’s personal evolution
Over the past few years, she has learned to listen more to her customers. “When I started in the field, I was nervous because of my lack of experience. I realized that I was talking more that I was listening to what my customers wanted. Now, I see the importance of asking lots of questions so that we can create the most beautiful fixture for the client.”

Anaïe has also learned to be more patient. “Before I thought that once you submitted a bid, the contract started. Now, I know the waltz of bids and I’ve learned to be less nervous, more Zen.”

Tips for young entrepreneurs
For anyone wishing to start a business, Anaïe advises against getting discouraged, especially early on. According to her, a company becomes viable only after about three years. The first year is the most dispiriting; you give yourself to the business body and soul, she says, but you have to persevere.

Anaïe considers a good entrepreneur to be creative, visionary and someone who seeks out others. “For me, these are essential qualities. If you stay in front of your computer, nothing will happen. You have to get out, discuss and exchange ideas with people, promote your business.”

Being an entrepreneur can be exhausting. Anaïe is always busy and works hard. Admittedly, she’s tired but happy. She likes to work alone, draw, give free rein to her inspiration. Do things her way. For her, this way of life is priceless.

Anaïe is a woman with projects and ideas, and whose energy, drive and insatiable curiosity enable her to explore her passions.

Jacques & Anna is a young father-daughter company based in Montreal and specializing in the creation of luminaires tailor-made for the residential and commercial sectors. Find out more: http://www.jacquesetanna.com/. 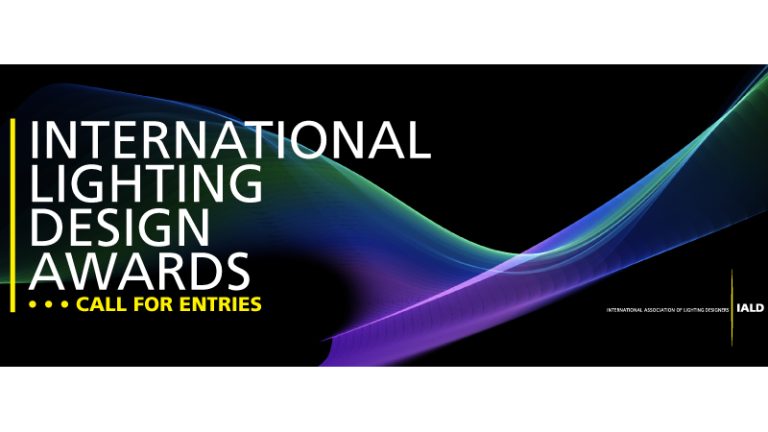 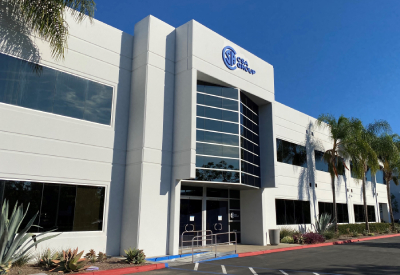 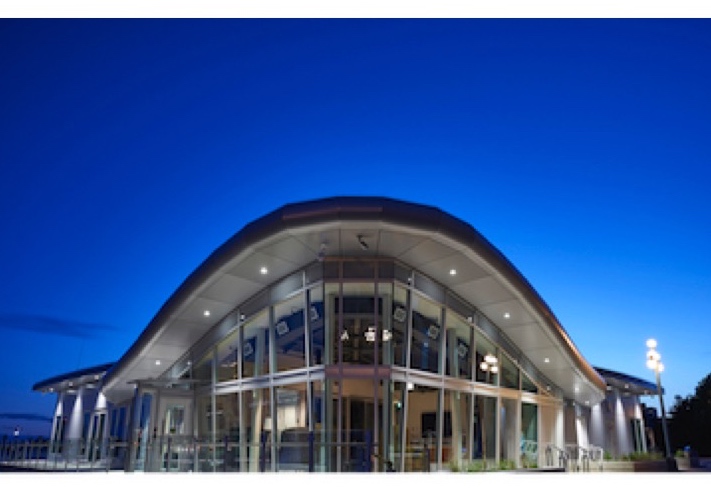 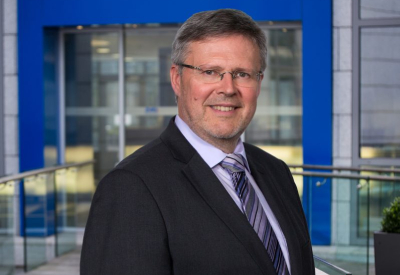 Light makes things visible – and always has an impact. In many cases, we fail to see the significance because the eye is a good-natured organ. It tolerates poor light and compensates for it unconsciously.