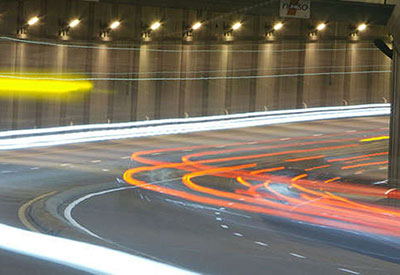 The right lighting and lighting controls can help subway operators save on energy costs and usage. Other benefits include ease of maintenance, cost savings, improved safety for work crews and more pleasing aesthetics for passengers. Here are some considerations for designing and installing tunnel lighting control systems, emphasizing subway tunnels, based on real-world lessons learned.

This standard divides roadway tunnels into five zones, in order of direction of travel into the tunnel, each with individual lighting requirements:
1. Access Zone. Sometimes also called the Approach Zone, this is the area leading into the tunnel’s entrance.
2. Threshold Zone. Immediately inside the tunnel, this area must provide high levels of illumination over a length of “one safe stopping distance” for the tunnel’s design speed and typical vehicles.
3. Transition Zone. This area provides a second section of gradual luminance reduction, from the very high levels at the beginning of the threshold zone down to the minimal luminance needed for the interior zone.
4. Interior Zone. In this area, the lowest level of luminance for the tunnel is maintained.
5. Exit Zone. The area just before the end of the tunnel, this zone is less critical in terms of lighting, because of the speed at which the human eye can adapt from low to high light levels.

Railway tunnels have less specific requirements, primarily because they don’t have the same issues of drivers being able to see clearly to manoeuvre their individual vehicles. Trains run on tracks, which simplifies the lighting requirements for vehicle operation.

For subway tunnels, lighting must provide sufficient illumination for train operators to adjust appropriately from the bright conditions of a station or tunnel entrance to the darker conditions of the tunnel. As a result, they have similar needs as roadway tunnels for different lighting in the access, threshold, and transition zones — although in subway tunnels, these zones might be considered as a single zone. More particular to railway tunnels are lighting requirements for the safety of maintenance workers and, less commonly, train passengers and staff who might be walking inside a tunnel.

LED-based solid-state lighting (SSL) has been installed in some tunnels worldwide to reduce energy costs and help make maintenance easier and less expensive. It has also proven to improve lighting quality in roadway tunnel zones as well as safety in railway tunnels. Still, many agencies that own public tunnels — roadway, train and light rail — need solid persuasion to be able to justify the expense of retrofitting lighting in the tunnels. One huge factor that can tip the balance is the added value of control that’s possible with LED lighting systems.

Safety issues prompt tunnel lighting upgrade
Recently, an agency for a major metropolitan public transportation system conducted an evaluation of lighting control on a stretch of one of its subway tunnels. In that case, labour issues created the impetus to retrofit all of its tens of miles of subway tunnels, including stations, with an LED-based lighting and lighting controls system.

Specifically, concerns about maintenance worker safety prompted interest in upgraded lighting. Parades of maintenance workers would enter various places in the tunnels between about 2 a.m. and 5 a.m., when the trains were stopped, to do maintenance on the tracks and perform other scheduled tasks.

Often, they would enter an area of the tunnel where lights had burned out, making it difficult to see the work at hand. The fluorescent lights inside the tunnels could be burned out for weeks without anyone knowing, until the crews entered the tunnels and physically saw the burned out lights.
Labour unions concerned about the safety of the workers as they entered potential dark spots in the tunnel, as well as about the safety of passengers who might need to leave a train between stations (such as if a train breaks down), negotiated with the transportation agency to upgrade the tunnel lighting.

Real-world subway lighting control evaluation
The transportation agency decided to conduct an evaluation of a lighting control system on a short segment of a subway tunnel. Encompassing lighting controllers and a segment controller, the test supported the ISO 14908.3 Power Line Communications (PLC) protocol.
Two main reasons led to the choice of the PLC protocol: it uses the same AC lines that power the lights, and it’s a wired communications protocol. Depending on the length, depth, dimensions and shape of a tunnel (i.e., how many curves, and at what angles), as well as the thickness of concrete and the number of large metal electrical boxes installed, wireless radio signals are difficult or impossible to use in tunnels.

The objective of the lighting control system test was to evaluate ISO 14908.3 PLC in an active tunnel for remote monitoring and control of the tunnel lights. The official test lasted 12.5 days, during which there were zero message failures, even with polling a light every three seconds and with trains passing approximately every four minutes.

A communications analyzer placed on the transmission line for the test system detected no obvious reduction of signal-to-noise ratio (S/N) or increase in noise while the trains were moving through the tunnel. Given the very high S/N and exceptional message success rate, the test verified that the PLC protocol would be extremely reliable for lighting applications throughout the subway tunnels.
The lighting control system tested was left in place for an additional seven weeks. Analysis of the performance over this extended period showed that the system performed with the same consistency as during the original test.

The expected benefits include:
• energy savings. The switch to LED lighting saves energy compared to fluorescent, High Pressure Sodium (HPS) or incandescent lighting. Additional energy savings come from the lighting control system, which enables easy scheduling of light dimming during daytime hours, or when no maintenance workers are scheduled to be in the tunnels.
• cost savings. LED lighting costs less to operate. In addition, the lighting control system can alert operators when a light stops functioning for some reason, which avoids the costs of having crews check for non-functioning lights.
• enhanced safety. Because operators know when and where lights stop functioning without physically checking the lights, the lights can be replaced before maintenance workers face an unexpected dark spot.
• flexibility. Remote connectivity and control over the lighting system means that scheduled lighting levels can be overridden as needed, such as for extra or unscheduled maintenance.
• better lighting quality. Although the tunnel-zone lighting standards have less significance for trains on tracks than for drivers in vehicle tunnels, the remote connectivity and control enables dimming or brightening of lighting in the access, threshold, transition and exit zones. As a result, train operators and passengers alike experience better lighting quality as they enter, transit and leave the tunnel.

Based on real-world testing inside an active subway tunnel of a major metropolitan public transportation system, as well as experiences in both vehicle and train tunnels worldwide, LED lighting and lighting control systems based on the ISO 14908.3 Power Line Communications standard can be recommended for widespread installation.

Gordon T. Grice, an award-winning sales engineer for Echelon since 2001, provides technical insight to OEMs using Echelon products, and assists customers in post-sale design and development. Based in Issaquah, Wash., Grice holds a BSEE from the University of Houston in Texas. Contact him at ggrice@echelon.com. 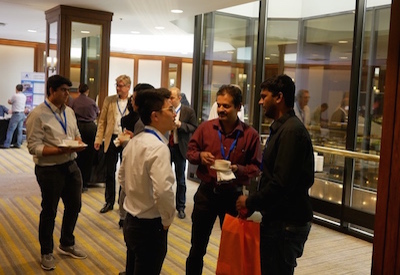 For the first time in the history of artificial lighting, a single technology, LEDs, can fulfil the demands for almost all lighting applications — indoor, outdoor, roadway, and signage… 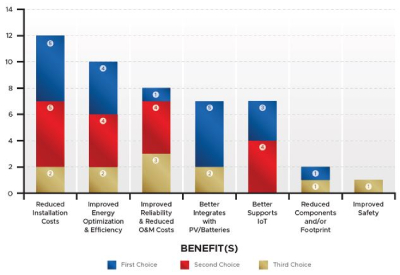 Direct current (DC) is emerging as a competitive or complementary power distribution option at the grid, community, and building level. 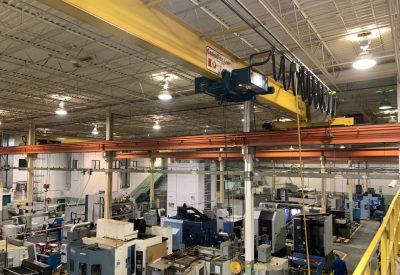 Every day, Canadian companies struggle to reduce their carbon footprint without increasing their bottom line. 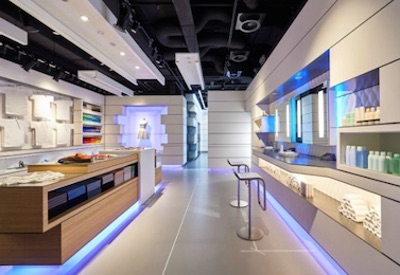 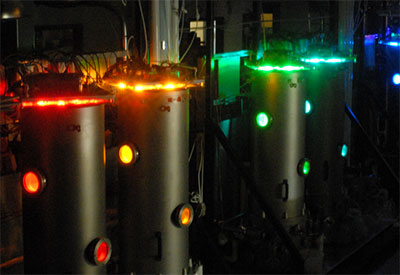 You may soon be able to add “growing space vegetables” to the list of uses for LEDs. Researchers at the University of Guelph’s Controlled Environment Systems Research Facility (CERF) are looking at ways that LEDs can help grow plants on other planets, specifically the moon and Mars. The project, called InTICE (Innovative Technologies in Challenging Environments), also has applications right here in Canada for remote Northern regions where fresh food is scarce. 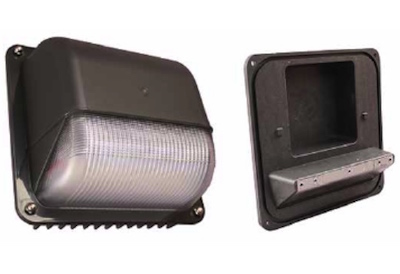 Electronic waste is a huge issue, with Statista estimating nearly 50 million metric tons were generated globally last year alone.* Some of the materials traditionally used in LED lamp and luminaire components contribute to e-waste, and the industry is seeking more sustainable material alternatives.